10 Amphibians that you can find in Cuyabeno

10 Amphibians that you can find in Cuyabeno 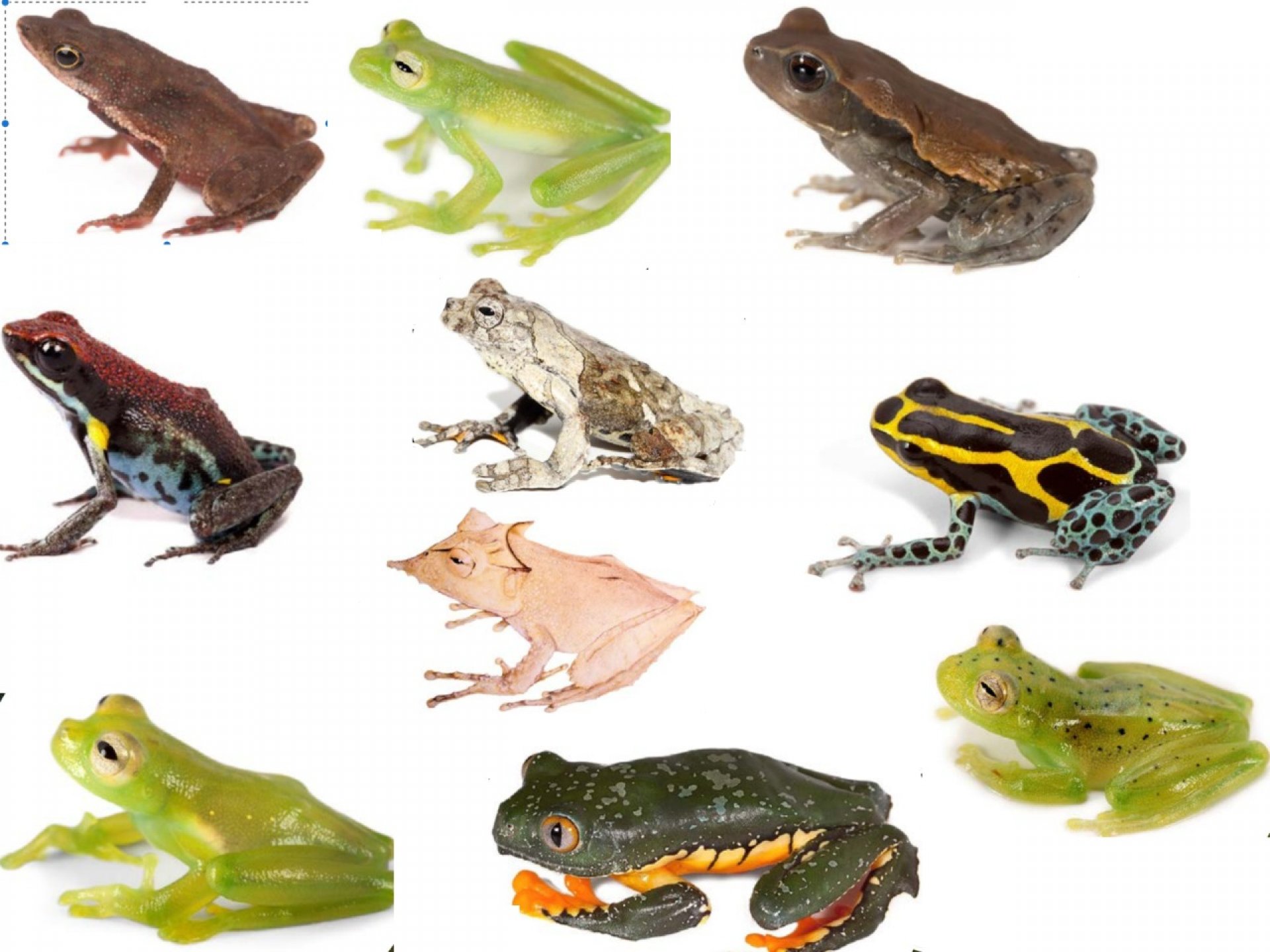 Ecuador is the country with the highest abundance of amphibians per unit area, which makes it the region on the planet with the most varied concentration of frogs and toads.

Amphibians are one of the most notable animal groups in the tropics since, being part of the exchange of nutrients and energy, they play an important role in ecosystems.

10 Amphibians that you can find in Cuyabeno are:

The head of this frog has a peculiar shape since from a distance it can be mistaken for a dry leaf. Its color between yellow and brown helps it camouflage itself among the fallen leaves of the jungle.

The habitat of this amphibian is among the forest litter. It is a species that is actively found during the day and is characterized by its pale brown coloration with light reddish brown flanks.

It is a very large light brown to greenish brown toad that produces orange venom. We always recommend you listen to the guide and his indications about this type of frogs.

Its uniform dorsal green coloration distinguishes it from the rest of the frogs, in addition its bones are green and its irises are silver with black reticulations.

It is a nocturnal species that inhabits vegetation, leaves or small streams.

What characterizes and highlights this frog is its transparent belly that shows its internal organs, giving us a perfect view of its internal anatomy. Its coloration in life is green on its back with yellow dots.

Its back covered with black dots gives this species its name. It is only found in 3 protected areas in Ecuador: Tiputini Biodiversity Station, Cuyabeno Fauna Production Reserve and Yasuní National Park.

Its characteristics are: its thick greenish-yellow lines on the back, blue belly and extremities, yellow throat and round black spots. It can be found in epiphytic plants. They reproduce in plants such as the axils of heliconias or bromeliads.

This frog has its yellow legs and chest that attract a lot of attention, in addition to its green back and feline-like eyes. It is a frog that can be distinguished with the naked eye.

The appearance of this frog presents a unique color pattern that varies from bronco with dark brown, reddish or green mottling, white belly and black dots. It is a frog that hides easily in the jungle, and its small size also favors it.

We recommend that you pay close attention to your surroundings since frogs are more common than they seem and their biology helps them to camouflage themselves well, therefore sharpening your vision is essential to locate them.

You can ask us about the 3, 4 and 5 day tours to Cuyabeno where you can observe some of these amphibians.

More information write to our WhatsApp